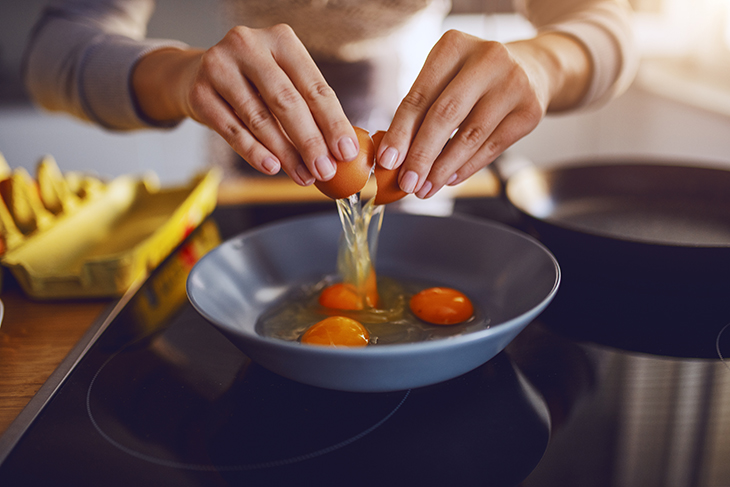 For a long time it was believed that eggs were not a healthy food because they increased cholesterol, and official recommendations regarding the frequency of egg consumption have been changing in recent decades.However, based on current scientific evidence, we can refute the bad reputation of this food and extol its health benefits.

THE ORIGIN OF THE EGG’S BAD REPUTATION

In the 1970s, epidemiologist Ancel Keys, who suspected a link between the amount of fat and calories consumed and heart attacks, conducted the Seven Countries Study. In this study, he analyzed the risk factors that indicate the frequency of coronary heart disease and the influence of diet and overweight in the population of different countries.

It was in this analysis that they concluded that countries that followed a diet rich in saturated fats had higher blood cholesterol and coronary mortality rates. This information was accepted by the scientific community and was disseminated to society as a whole. That is why, since eggs provide the body with about 200 milligrams of cholesterol, doctors recommended consuming a maximum of three eggs a week.

But this is an erroneous belief that other studies have tried to prove without success due to the lack of impact. The journal JAMA published a study in 1999 showing that a daily egg does not pose a risk. In 2000, the American Heart Association issued practical guidelines stating that egg cholesterol is not a health hazard. In 2013 another study debunked the egg myth, also in 2016, among some of the many papers that have been done on the subject.

From 2000 onwards, the demonization of eggs began to fall and the idea that, if we eat foods rich in cholesterol in our diet, the body’s cholesterol levels will also increase. Although there are still detractors today, there is general agreement among the scientific community that it is safe to consume seven eggs a week without endangering your health.

As explained in the previous section, it was believed that egg consumption is linked to a considerable increase in blood cholesterol, but the truth is that the foods responsible for the increase in blood cholesterol are saturated fats and trans fats. Therefore, after a specific analysis of the mechanisms of absorption and production of this type of fat, it has been concluded that eggs are more beneficial than unhealthy.

According to Emilio Ros, from the Lipid Unit of the Endocrinology and Nutrition Service of the Hospital Clinic of Barcelona, “eggs increase bad cholesterol (LDL), but raise good cholesterol (HDL) more, so they do not affect cardiovascular risk. In addition, it has been found that they have a large amount of healthy nutrients such as proteins of high biological value, monounsaturated fatty acids and vitamins A, B2, B6, B12, D and E, capable of counteracting the possible risk of its harmful components”.

When does the egg become harmful? When it is always cooked fried with margarine and poor quality oils and when it is accompanied by other foods cooked with fried foods. Intenta prepararlo con aceite de oliva virgen extra. They can also be eaten cooked, in omelets, boiled, scrambled, grilled… Of the 215 mg of cholesterol in the yolk, only 15% is absorbed, but remember that it will increase depending on how you cook them.

Observe the shell of the eggs and check that they are not broken or cracked.

What does the printed code mean?

The first number indicates how the hens that laid these eggs were raised. The 3, in cages; the 2, on the floor of a poultry house; the 1, free-range; and the 0 means free-range hens fed with organic feed.

Do not break the egg in the container in which you are going to cook or beat it, because bacteria from the shell can be transferred.

To know if it is fresh: When broken, the yolk should be centered in the white as a sign that it has good structures that support it, without loss of elasticity.

Another way to find out if the egg is fresh is to place it in a container of water. If it floats, the egg is not fresh and it is recommended not to consume it.

In some eggs, the date is printed on the shell, but in the refrigerator they last longer, approximately 28 days.