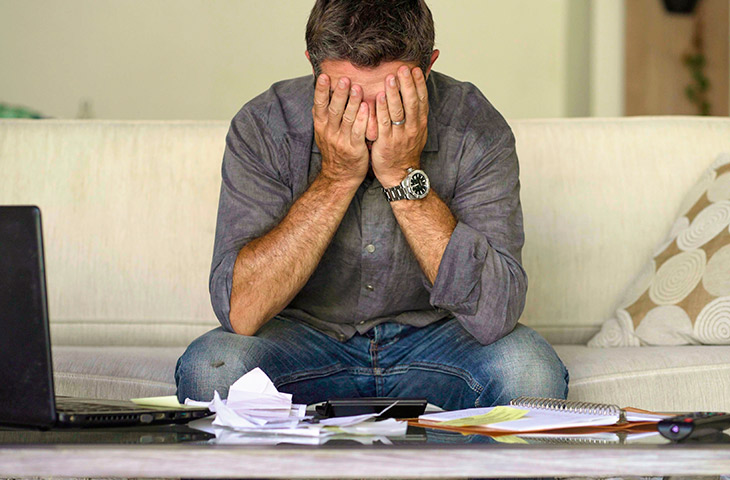 There is a popular myth that ostriches hide their heads in dangerous situations. And although it is not true that they do it for that reason, it has become so strongly fixed in the popular imagination that the saying “don’t hide your head like an ostrich” has become common, used when someone tries to escape from a problem, avoiding it. It has even become the name for a particular cognitive bias: the ostrich effect.

Coined in 2006 by researchers Dan Galai and Orly Sade, the concept of the “ostrich effect” was used to refer to people who avoid knowing the risk involved in certain financial decisions or situations. That is, those who hide when finances are unfavorable, instead of facing the problem and trying to solve it.

It stems from research in which Dan Galai and Orly Sade monitored the behavior of investors in the stock market and found that they checked the data when the stock market was doing well, but when the situation changed for the worse, they did not check as much or stopped doing so. They added that, when the economic decision was more risky, this fact is aggravated.

Although we will deal with the ostrich effect from a financial point of view, it can be applied in all aspects of life in which difficult situations occur and in which you just want to disappear and everything will be solved by itself. In times of panic, in the face of a danger such as a fire, a plane crash or any other catastrophe, there is the possibility of suffering the ostrich effect and not acting, not doing anything at all.

CAUSES OF THE OSTRICH EFFECT

The ostrich effect is present as a frequent cognitive bias also in personal finance. It happens when there is a risk of losing money, when we have debts that we cannot pay and we prefer not to have information about them, not to know the state of our accounts, etc. Also in situations where we need to save and/or reduce our expenses, but we ignore this need.

Looking the other way with our financial risks is a mistake because they will not go away, but could actually aggravate the problem and end up seriously damaging our financial health. But what are the main causes? According to Banco de Santander, they are the following three:

If we do not have information about our income, it is very likely that the decisions we make, in terms of money, will not be the best ones. If we don’t know how much we have, we are not aware of how much we can spend. Poor income management leads to possible expenses of a higher amount than we can really afford, falling into whims or committing ourselves to payments that we cannot afford. All these actions decrease the ability to pay financial obligations such as mortgage, rent, bills and other fixed expenses that we cannot avoid and end up causing indebtedness and harming the personal economy.

If we suffer the ostrich effect and do not want to pay attention to the reality of our economy, all the bad decisions we make, no matter how small they may seem, could create a snowball. This will become increasingly larger and more difficult to control, leading to indebtedness. By ignoring debts and not paying them off, you will generate more in the future and if, for example, you use credit cards without taking into account the terms, you will increase the debt with interest. All this chain of irresponsibility with personal finances leads to a moment in which it is impossible to cope with the economic situation in which we find ourselves.

The ostrich effect in personal finances is an attitude that jeopardizes the achievement of our short, medium and long-term goals. If a person’s goal is to save for a specific purpose, if he/she does not review his/her money and control what he/she spends in his/her free time or on consumption, as a consequence he/she will not be able to take the necessary measures to reduce these expenses. Remember that the mandatory fixed expenses cannot be reduced, but the rest of the expenses can be readjusted. Knowing your financial capacity makes it possible to allocate more money to savings, unlike what happens if we do not have control of the economy.

In order to deal with this cognitive bias, the best thing to do is to take action. The first thing to do is to try to counteract the ostrich effect, to avoid falling into its mistakes. In addition, identify the information we need to know and keep it up to date so that we can make decisions about our finances and not be controlled by them, regardless of whether they are positive or negative. And finally, to know how important it is to act in time and not when our situation is uncontrollable.

Financial education is key to managing finances, as it provides knowledge about basic economic concepts and gives us tools. In your WellWo healthy platform, the new pillar of Financial Health is available, with which you can learn to better manage your own resources and to be aware of the benefits of not being afraid of the knowledge of the state of your money.