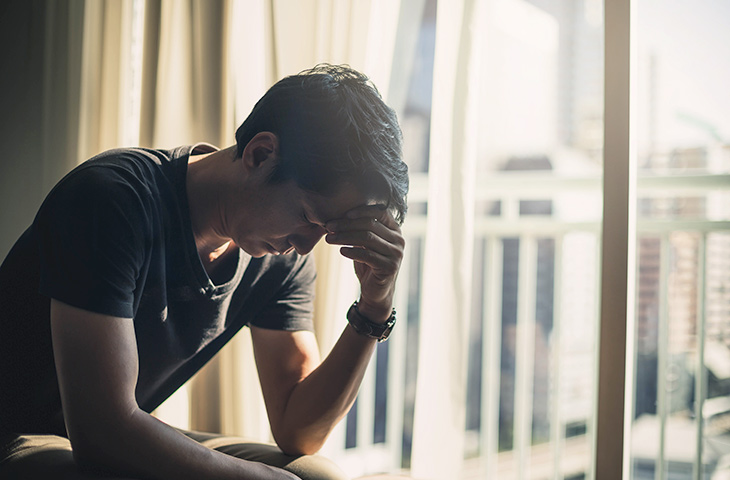 Anxiety is a feeling of fear and can be a natural response to a stressful situation. But when people have an anxiety disorder, this fear is very distressing and does not end in a short period of time. Therefore, when we talk about anxiety disorder, we refer to a condition in which this feeling of fear does not disappear, increases and worsens over time and can even make a person’s life impossible.

Below you will learn the most common symptoms of an anxiety disorder. If you think you may be suffering from it, we want you to know that it’s possible to solve it with the assistance of a medical professional. With the help of a psychologist you can identify and change your reaction to those things that cause you fear.

Some symptoms of anxiety disorder

It is a cognitive response characteristic of anxiety and usually remains even when there is no reason. This worry is apparently uncontrollable and is usually related to the future (immediate or long term), leading to momentary blocking of the person suffering from anxiety and to avoidance or flight behaviors. This state makes it difficult to adapt to changes and to concentrate on daily tasks.

Not being able to fall asleep

Difficulty regulating emotions is one of the problems present in anxiety that can cause insomnia. The physical overactivation caused by intrusive thoughts and worries prevents a person from falling asleep or staying asleep. In this case, it becomes a vicious circle because uncontrollable thoughts do not allow rest and this insomnia leads to anxiety and poor health in general.

Feeling anxious causes the brain to perceive that we are in danger and prepares the body for a threat. It triggers a series of effects: rapid pulse, dry mouth, sweating or trembling. When a person has anxiety, he or she is unable to reduce this state of agitation in the time that a person who does not suffer from this disorder would.

Compulsive disorder is a type of anxiety disorder. It involves obsessions and compulsive repetitive behaviors that cannot be avoided. These obsessions intrude when the individual tries to think or do other daily actions, sometimes making it very complicated to carry out his or her life.

Another symptom of anxiety disorder is becoming easily fatigued. Fatigue can be triggered after an anxiety attack or it can be chronic. The scientific community has not been able to determine whether fatigue is due to other symptoms caused by anxiety, such as muscle tension or insomnia, or whether it is due to the hormonal effects of chronic anxiety.

Doubting is a natural act, but when it is constant, most of the time it is towards oneself. This prevents you from making a decision, it becomes a loop and generates anguish and insecurity, it could even be called pathological or persistent doubt. Persistent self-doubt is a common feature of anxiety disorders.

Tensing the jaw, bruxism or constantly suffering tension in the muscles of the body, can be a symptom of an anxiety disorder. A lack of or unhealthy management of emotions causes consequences, one of which is the continuous contraction of muscles, which is a natural response of the organism in the face of danger or threat.

Emotions are directly related to the function of the digestive system and perpetuated anxiety eventually causes cramps, cramps, occasional pain, nausea or something more serious such as chronic inflammation, intestinal permeability, indigestion and other digestive disorders.

When there is a fear of socializing to the point of paralysis, we may be facing a social anxiety disorder. The feeling is one of fear when approaching a social situation, concern that other people will judge you, fear and anxiety about feeling exposed or facing the possibility of being humiliated or embarrassed.

According to studies, people with anxiety disorder report having great difficulty concentrating. Anxiety can interfere with and disable working memory, which is responsible for retaining short-term information. This is one of the reasons why people who experience anxiety over a long period of time have difficulty performing daily tasks.

Recurrent panic attacks are produced by an intense sensation of fear, cause weakness and are usually accompanied by tachycardia, sweating, shortness of breath, tremors, chest tightness or fear of losing control.

Perfectionism anxiety usually causes, among other things, difficulties in finishing projects, having a very rigid and controlling behavior. In addition, it is usually associated with a very harsh self-criticism and accompanied by a strong insecurity for not feeling good enough and being unable to control everything.