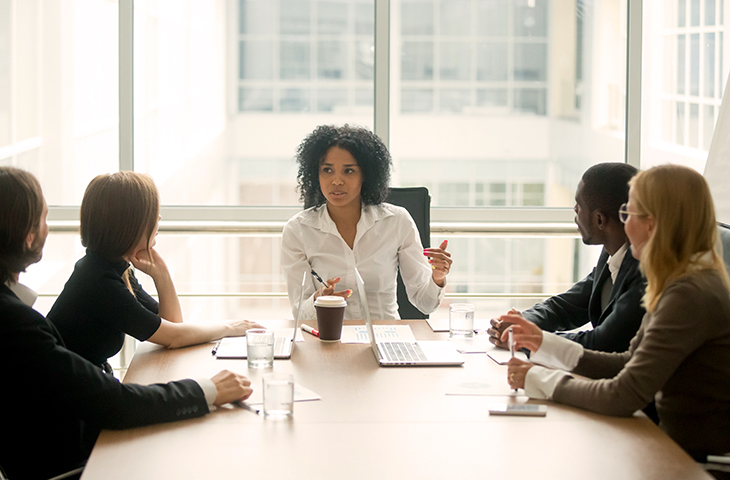 Historically, women have been educated and socially constructed in a discriminatory manner and, although international norms recognize men and women as equal and with the same rights, gender inequality continues to exist today. That is why International Women’s Day is a day that serves to make visible and demand equal rights for women in all areas of life.

One of these areas is the work environment, where differences still exist today and where it is clear that gender inequality continues to be a real problem. This highlights the need to change these scenarios in which women live in unjust situations.

According to the National Institute of Statistics in Spain, in the university environment, women represent almost 60% compared to 41% of men, and women pass 82% and men 72%. Despite the results, the average annual salary of a woman is 22.17% lower than that of a man, which defends the existence of the wage gap and gender inequality. The employment rate for men is 55.7% and 44% for women.

In terms of conciliation, we can also observe that the data show gender inequality. In households where they cannot afford to pay for care services, 35% of women do not seek employment in order to take care of care, while only 9% of men do.

Achieving equality is a choral affair between governments, institutions, companies, educational system, etc. Also individually, all of us are part of this change and the way we behave with other people influences it. That is why building healthy relationships based on mutual recognition and respect, regardless of gender, is so important.

The following four skills are valuable because, although they may seem logical, we continue to fall into the same beliefs and perpetuate the same stereotypes that make it impossible for all people to develop equally in society, personally and in the workplace.

Gender inequality is also present in how we perceive and manifest emotions. Although the emotion is the same, the way we perceive them is strongly influenced by gender and makes us allow ourselves to connect with them more or less depending on whether we are men or women. This is influenced by two fundamental factors: the education received in childhood and stereotypes. These two factors tell us how we should be, behave and think according to our gender.

Although we may not be aware of it, all of this influences us enormously in all aspects of our lives. Emotional regulation is important to do it from equality, regardless of people’s gender, detecting stereotypes, reflecting on them and asking ourselves if that belief is really aligned with you. In this way, the necessary measures can be put in place to put an end to them in our own behavior.

Each individual should have the opportunity and be able to increase his or her strength, self-esteem and improve his or her capabilities. It is important to recognize and take advantage of their potential in order to improve their psychological, economic, or social situation. Many women have been raised to prioritize attending to the desires of others over their own. So much so that they come to renounce their personal and professional aspirations in order to care for, attend to and satisfy family obligations, reaffirming the social role that has been marked out for them

This is why empowerment is so important, because only by recognizing one’s own desires and aspirations, as well as identifying one’s own resources, is personal development possible and, therefore, personal satisfaction and fulfillment.

Communication is present in all the actions of our lives. Through it we can cultivate relationships in which all people can express their feelings and needs without being subjugated, regardless of gender and equally. That is why it is so important to communicate in a mature way with oneself and with others.

To develop assertiveness is to express ourselves in a kind, frank and tolerant manner, expressing what we want without attacking anyone. To be assertive is to know how to ask, to know how to say “no”, to be flexible and negotiate, respecting the rights of the other person. It is also about giving and receiving compliments, as well as making and accepting constructive complaints.

In many areas of life, such as the social and labor spheres, gender stereotypes continue to influence people’s opinions when it comes to assessing a person’s talent. One way to work for equality is to judge the worth of an individual and oneself fairly and avoid falling into gender stereotypes.

Self-esteem is part of our ability to evaluate and assess ourselves. We will be as fair in evaluating and valuing ourselves as our self-esteem is developed and healthy. For example, in some contexts in which women did not participate until now and now they do, men have been threatened and that is why it has been and still is difficult for them to be evaluated and valued fairly, without the intervention of imposed gender filters.

And now that you know these four basic skills for gender equality, would you say that you already integrate them into your life by putting them into practice?